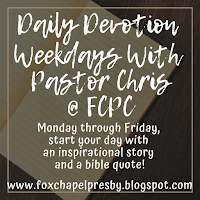 Born in 1936, John McCain followed his father and grandfather (both four star admirals) to the United States Naval Academy, graduating in 1958.  He went on to become a naval aviator, and flew the A4 Skyhawk as part of a carrier squadron.  Many of my generation remember the terrible fire that almost took the USS Forrestal in the Gulf of Tonkin during the Vietnam War.  It was McCain’s plane that was at the center of it.

As he was preparing to take off from the carrier, McCain's fuel tank was hit by a missile from a nearby jet.  The missile had been set off by a stray electrical current.  Two hundred gallons of jet fuel were ignited and proceeded to detonate first one and then another of the 1000 pound bombs that McCain’s jet had been carrying.  The fire and explosions set off a chain reaction that nearly took the ship.  One hundred and thirty four men were lost .  Another one hundred and sixty one were injured.  Somehow, McCain survived with nothing more than burns and shrapnel wounds.  Two months later he was transferred to the USS Oriskany.

From 1965 to 1968 no carrier’s pilots saw more action or suffered more losses than those on the Oriskany.  McCain’s own squadron had the highest casualty rate of all.  In 1967 alone (the year McCain was transferred to it), one-third of the squadron’s pilots were killed or captured.  Just one month after arriving, McCain himself became one of those casualties.  He was shot down over Hanoi.

Hit by a missile that took his right wing, McCain’s jet went into a violent spiral.  He radioed that he had been hit, and pulled the ejection handle.  As he ejected, however, he struck part of the plane: breaking his left arm; his right knee, and his right arm in three places.  He landed in the shallow waters of a lake in the middle of Hanoi, and was pulled out by an angry crowd.  Someone smashed a rifle butt into his shoulder, breaking it.  Someone else drove a bayonet into his groin and ankle.  Finally, a woman intervened and brought the abuse to an end.  McCain was now a prisoner of war.

Towards the end of his book, Faith of My Fathers, McCain speaks of how important faith in God was to him in the six years that followed.  He was tortured repeatedly and held in solitary for long periods.  In the midst of it, his faith was, in his own words, an “imperative.”  It sustained him.  At one point, after a difficult interrogation, he was left in the interrogation room for the night, tied in ropes.  A short time after the interrogators left, a guard entered the room and without smiling or saying a word, loosened the ropes, and then left.  Just before his shift ended at 4:00 a.m., the guard returned and tightened the ropes once more.

One Christmas, a few months later, the same guard approached McCain as he stood in the dirt courtyard.  He came up and stood beside him.  Again, he didn’t smile or say a word.  He just stared at the ground in front of them.  And then, using his foot, the guard drew a cross in the dirt.  The two stood looking at the cross for a minute of two, and then the guard rubbed it out and walked away. 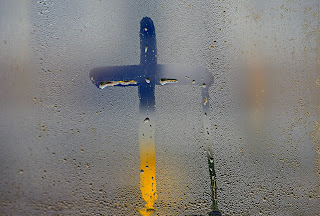 Faith in action.  Love in action.  So often that’s the way God’s Spirit moves – touching us through someone nearby, or touching our hearts in some inexplicable way.  Maybe not in the way that we would have hoped, but real and tangible nevertheless.  A sign of God’s presence.  A sign that we are not alone.  As McCain and countless others have discovered, we are never truly alone.